I had this Logo designed to represent the Divine feminine, Brighid, the Goddess of Ireland. It has the Chinese Yin/Yang symbol in the centre. It depicts Brighid bringing balance between heaven and earth, chaos and order, light and dark and feminine and masculine. The Divine feminine energy is rising in Ireland and in the world, both in men and women as both men and women have both energies, but were conditioned to be one or the other. The Yin/Yang symbol has a circle made of of dark and light swirls, each containing a spot of the other. Yin/Yang refers to a concept originating in ancient Chinese philosophy where opposing forces are seen as interconnected and counter balancing. The balance of Yin and Yang were seen to influence health and order within an individual, society and the entire universe. Brighid embodies both.

Brighid is best known for her association with healing, poetry and smithcraft. She was highly regarded as a healing Goddess, as can be seen from the numerous healing wells dedicated to her all over Ireland. As a Goddess of smithcraft she governs the element of fire. She is considered the “Bright Goddess” or an Ban Dia geal in Irish. The festival Imbolg on 1st Feb is dedicated to Brighid whose energy also represents new birth, new life and creativity. Imbolg means “in the belly”. May we experience the birth of a bright new way of being, living in harmony with heaven and earth and all human beings. 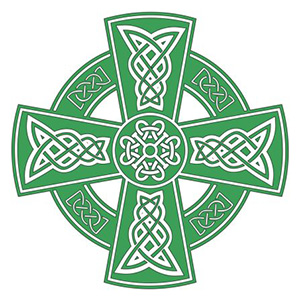 The Sun cross/wheel is an ancient symbol featuring an equal armed cross within a circle. It is also sometimes called a Solar cross. Traditionaly, the Sun cross invokes the great cosmic powers to bless the earth with fertility, life abundance, prosperity and peace. The cross divides the circle in 4 parts, representing the solar calendar and these 4 parts are marked by the Solstices, Imbolg, Samhain, Lughnasa and Bealtaine. 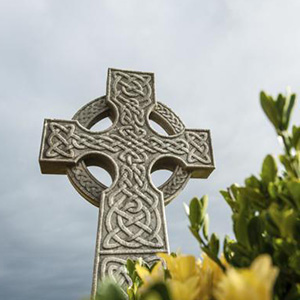 The Celtic cross, now a Christian symbol, is believed to have paganistic origins and it is believed that the shape of the cross was derived from the sun symbol, with the cross surrounded by the wheel of the sun, with the central stone representing the sun itself, while the four blank quarters represented the shadows cast by the sun. It is considered to be one of the most Celtic symbols in Ireland. The oldest “high” stone crosses still standing in Ireland date from the 8th century to the 12th century. Some historians suggest that the basic shape of these crosses may have mirrored trees, which Celts revered . Later, as Christian missionaries arrived in Ireland in the 5th century it is believed the imagery of the cross and halo used in Christianity was merged with the Celtic imagery of the trees and the sun, as the Celts would already have revered the Celtic cross as they saw it. It is thought that one of the oldest surviving free-standing crosses in Ireland is at Carndonagh in County Donegal. Carvings on the oldest crosses from this period usually depicted ancient celtic symbols and geometric designs 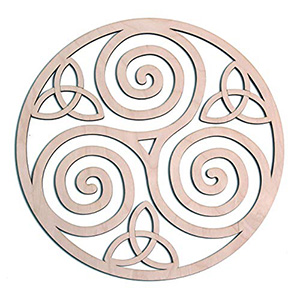 The Triskelion symbol has been one of the most commonly used Celtic symbols throughout history. It was used to represent triume/triadic/triple deities, three deities worshipped as one. It also represented triple nature and the movement of life which is formed of past, present and future. The Triskelion was also a symbol of strength in Celtic culture, since it represents the will to move forward, overcoming adverse conditions one might face. Different variations of the symbol were created throughout time and sometimes it can be seen as three conjoined legs. 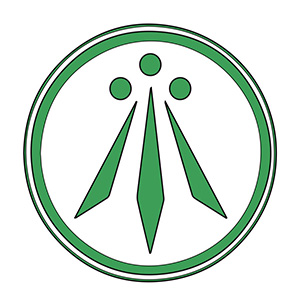 The Awen, the symbol of three rays, sometimes interpreted as three flames, is a neo-Druid symbol. It is seen as a balance between male and female energies. The first and last rays are thought to signify the power of the female and male entities and the middle ray signifying the balance and equality between the two. Most of the experts of Celtic symbolism agree that the symbol is one that implies the balance of two opposing powers in the universe, which is vital for its smooth and harmonious functioning.

The Shamrock, a national symbol of Ireland is associated with St Patrick converting the Irish to Christianity. However, it is believed to have been around since the days of the Druids. It was considered a sacred plant of the Irish Druids due to the cluster of 3 heart shaped leaves. It has been mentioned in the Metrical Dindshanchas, a collection of ancient poems dating back to the 11th century. 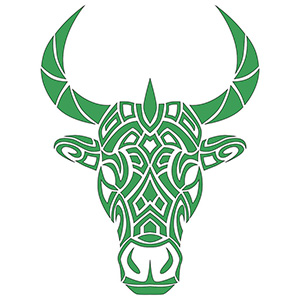 The Celtic Bull symbol was used to represent strong will, fertility, wealth, abundance and virility while in some cases it was considered as the symbol of ancestry and kinship. 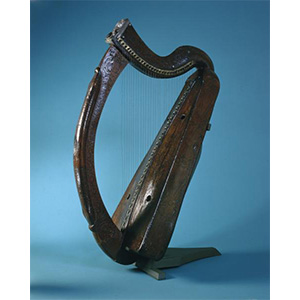 The Harp is Irelands’ official national emblem. Its history dates back over 1000 years. It is said that Brian Boru, the last High King of Ireland was a talented player. The oldest harp is in the Long Room at Trinity College and the official Irish emblem is based on it. It is known as the Brian Boru or O’ Neill Harp. In the 16th century the music of the harp was banned by Englands monachary. It was believed to be an attempt to crush the Irish spirit. In the days when chieftans ruled in Ireland, stories were told to the music of the harp and it encompassed the spirit of the country. It was almost 200 years before the harp was played freely in Ireland again. 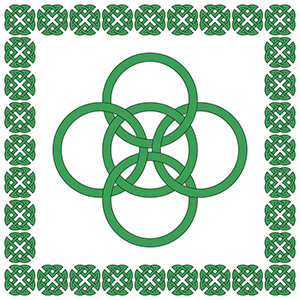 The 5 fold symbol represented the balance of human nature. Many claim that this symbol represents the 5 basic elements of the universe, fire, water, sun, earth and air. Some experts believe, however, that the middle fold is the universe itself, which is surrounded by fire, water, earth and air.
“Chomh fhad an oíche, tagann an lá” meaning However long the night the day will come